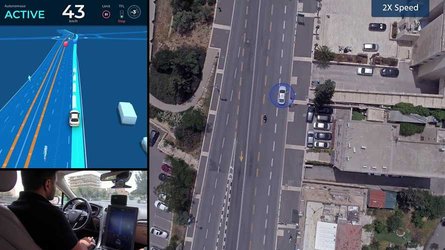 However, during a recent presentation at CES 2021, the CEO of Mobileye, Amnon Shashua, said he considered Tesla’s approach to gradually developing self driving tech wrong. He argued that a company can deploy a crappy system, call it beta, And then just try to improve and improve and improve.
He went on to say that this sounds reasonable, but actually it’s a brute-force way of going about things.
And there is a risk that it could get into a glass ceiling.

He then explained how he believes Mobileye’s approach is better than Tesla’s. For instance, Mobileye does rely on lidar sensors, whereas Tesla is actively striving to avoid using them. Another area which has seen investment and development from Mobileye are high-definition maps, another means to achieve self-driving, but one which Tesla’s CEO, Elon Musk, considers a mere ‘ crutch,’ and not really a viable solution.
Shashua went on to explain that in his view, the idea of recording footage while driving, storing that footage and then analyzing it (only when the car is near a WiFi hotspot) is not the right approach. He says what Tesla is doing with this program is essentially recording ‘ the wrong part ‘ of the self-driving process, especially since having a neural network learn to distinguish between objects, road markings, people and other vehicles is not really that hard a task nowadays.

He believes the main point of focus through recording all this footage and data is to comprehend the ‘ semantics of the road. ‘ By this he means the more subtle aspects of driving a car, such as the behavior of other cars and how they react in relation to the shape and geometry of the road. What Mobileye does is not collect the each and every piece of footage during a test run, but instead just a summary or a report which can be translated into a 3D map once it is uploaded into the company’s servers.