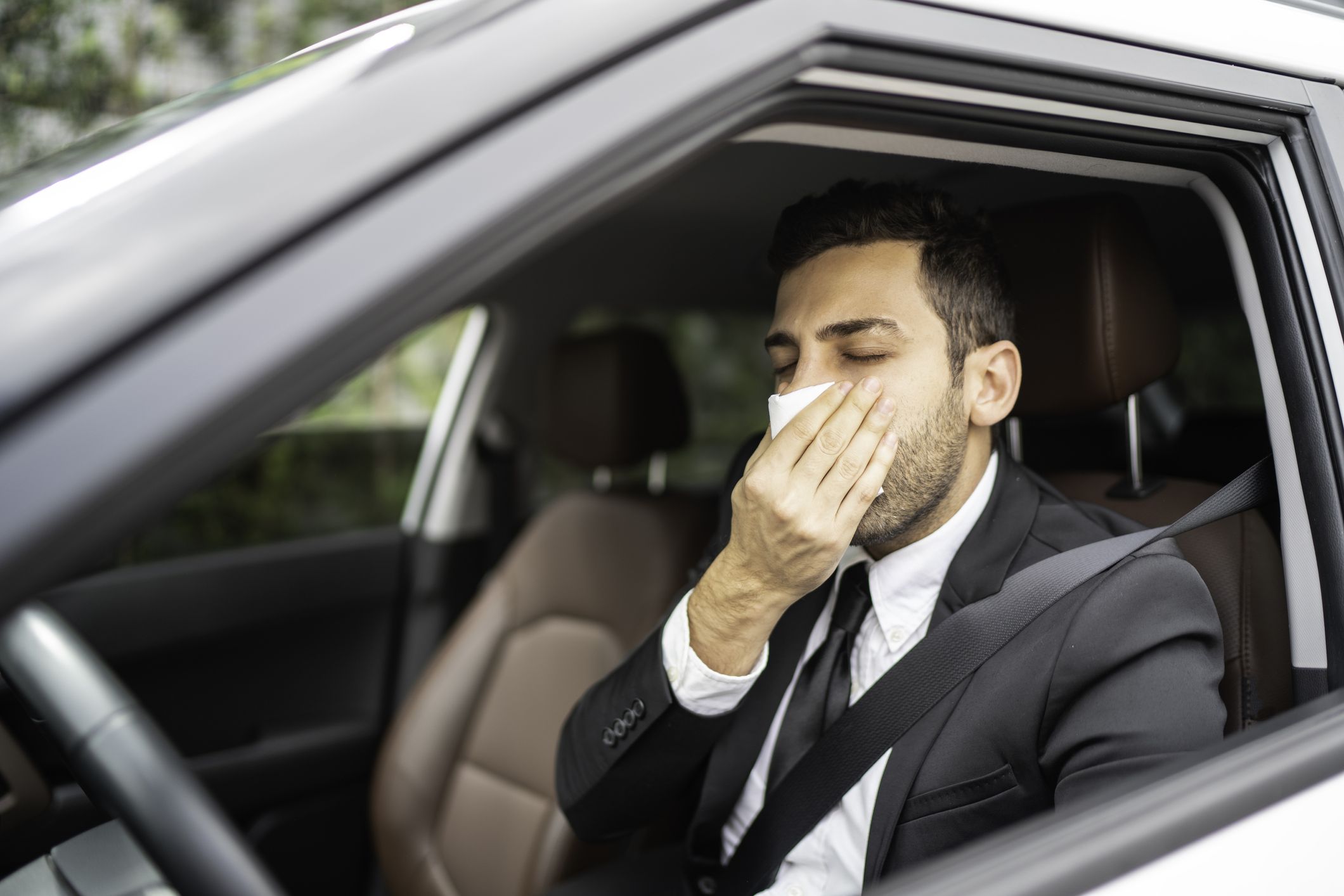 One set of Volkswagen's tests uses large strips of LEDs inside a car that glow red or green in concert with the car's slowing and acceleration to help occupants gain a sense of anticipation for a self-driving car's moves. (Carsickness often is brought on by passengers' not knowing or being able to predict the driver's next moves, hence the proposed feedback loop's value.) To combat illness relating to a mismatch in an occupant's perception of a vehicle's movement and the movement itself, another common source of carsickness, VW is playing around with the idea of movable seats. So far, the science fair going on in Wolfsburg hasn't produced concrete solutions along the lines of, say, Citroën's Willy Wonka–style anti-emetic glasses. To evaluate these ideas, VW is running tests that place subjects in a self-driving car, rigs them up with skin-temperature and heart-rate sensors as shown above (as well as cameras that evaluate skin tone), and makes them ride through 20 minutes of stop-and-go movement behind a lead car. To mimic a future in which autonomous cars are so trustworthy that you could watch a movie while in command of one, the test also involves a tablet display mounted to the dashboard that plays a video of fish swimming (to negate emotional impact on the sensor array from a comedy or drama film). Unsurprisingly, without any countermeasures in place, the occupants often experience illness.