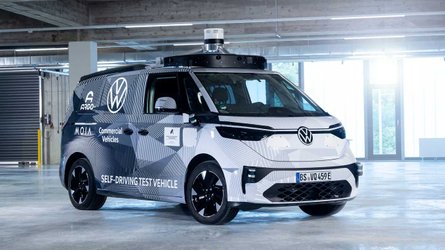 Now Automotive News is shedding more light on the matter by quoting the words of Carsten Intra, VW’s commercial vehicle boss, who explained that this self-driving Buzz Will not be an evolution of the ID Buzz, but really a special purpose vehicle (SPV). This means the driverless ID Buzz will be more its own vehicle, rather than simply another Buzz version, although we don’t know what this entails currently. In fact, it may not even look like the Buzz or even keep the name, since VW wants to clearly mark it out as being different (and autonomous).
The source article, citing information from Germany’s Automobilwoche, says we will first see the autonomous Buzz as a taxi in Hamburg in 2025, and that the goal is to expand the service to 50 major cities in Europe and North America by the end of the decade.