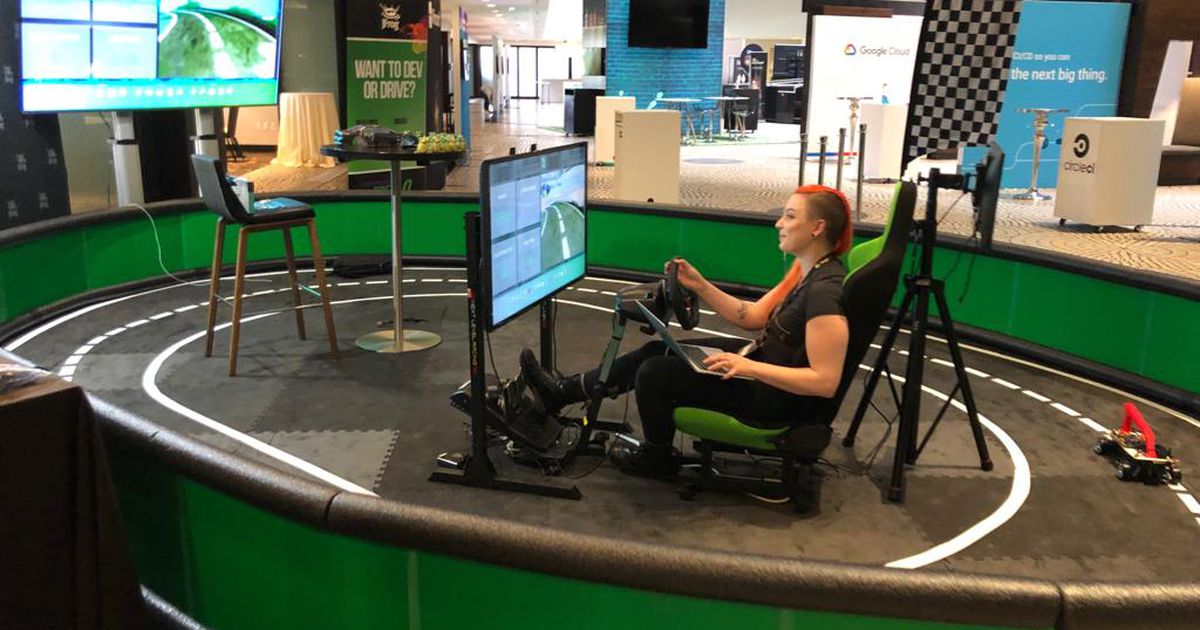 Jun 21, 2019
I sat with my hands on the wheel in the middle of a mini green race track, watching the feed from the tiny car I was driving.
Next to me, a developer was trying to modify code so the cityscape background on my screen turned into a desert landscape. A white flash appeared for a few seconds. He succeeded. And I didn't need to turn the car off or pull over — something carmakers hope they can replicate in the real world.
Smartphone users know the drill. When there's a new software update, they're notified and either schedule an overnight update or manually install the new software and stare at the progress bar as the phone restarts. That's basically how it works with cars now, too. But the auto industry's next move is to update the car's software as you drive.

JFrog builds software used by Uber, Audi, and BMW and others. At its developer operations conference in San Francisco this week, it pushed the idea of on-the-go software updates or at least shorter shutdowns. During his keynote address, JFrog VP of business development Kit Merker talked about how the Internet of Things and specifically connected autos are more and more reliant on software to perform properly.
"We've become the new mechanics," he said to the room of developers at a downtown hotel ballroom. "Software is behind the wheel."