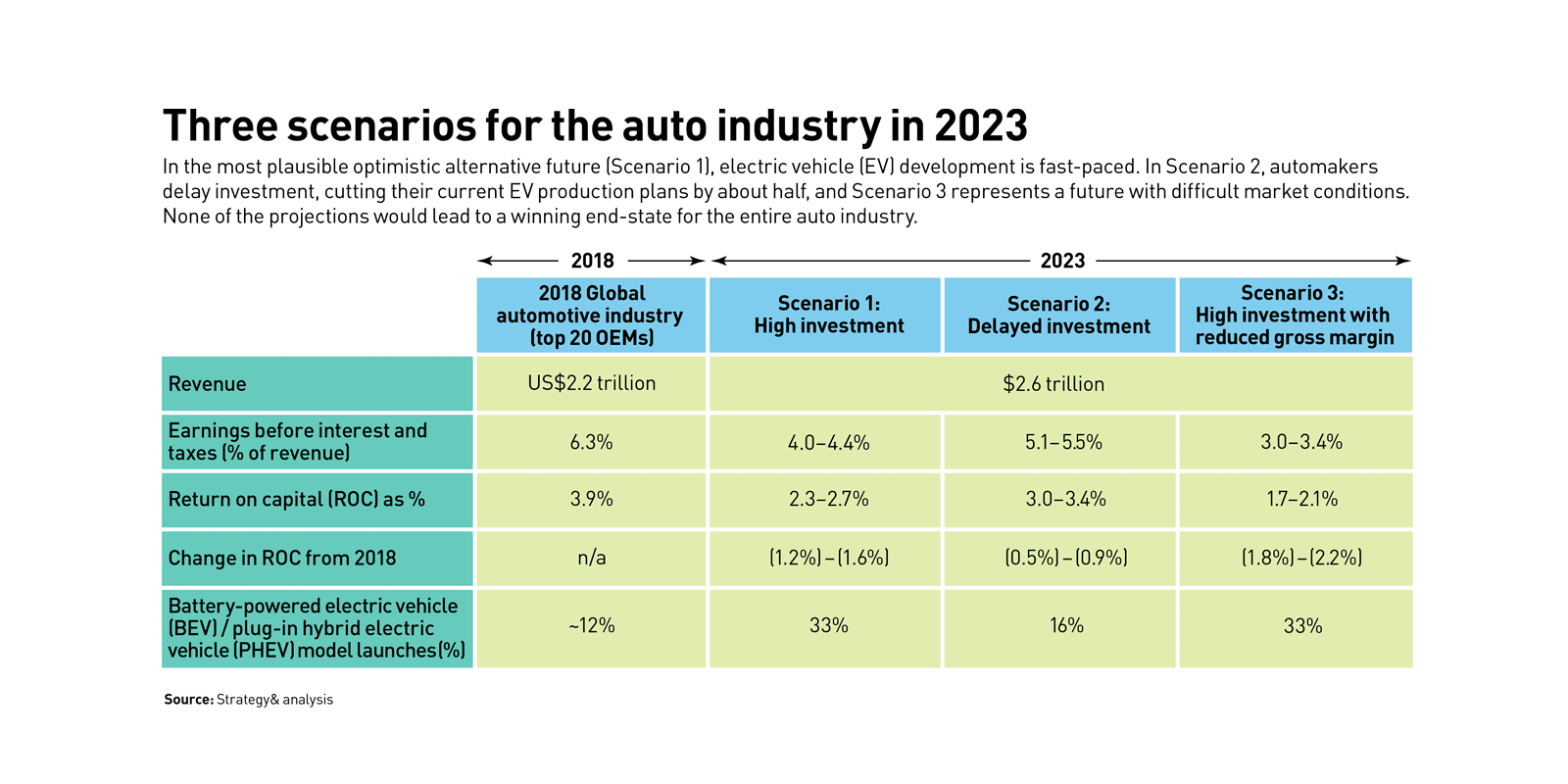 Automotive OEMs and suppliers generally argue that the shift to electric and autonomous vehicles represents a huge revenue opportunity, as does possible ancillary cash flow from infotainment and shared mobility. Consequently, the short-term pain of large R&D expenditures will more than pay off in the end, they say, and if they don’t participate, they risk being marginalized by the companies that do. At whatever cost, they cannot afford to not play.

Unfortunately, that logic overlooks a number of other factors that could constrain revenue gains and reduce profit margins. For one thing, a good deal of the value in these next-generation vehicles will be captured by nontraditional suppliers and other service providers — for instance, companies that make sensors, batteries, propulsion software, and infotainment and connectivity programs. OEMs may find it challenging to tap into these big-ticket money streams because their primary role is to integrate complex systems and advanced technology into new vehicles.

In addition, most of the plans for EVs involve smaller, lighter vehicles — the type that automakers are already struggling to make profitably. Some companies are even abandoning these vehicles because they are losing ventures; it is hard to see how shifting them to electric power trains will help. Moreover, many EVs and AVs are destined to be low-margin fleet purchases made by commercial entities, such as ride-sharing services, cutting further into OEM profit opportunities.

Several other uncertainties will also affect the growth of CASE vehicles. For example, new entrants such as Tesla and Waymo might change the landscape of consumer automobile options. Conversely, customers’ loyalty to existing automakers might constrain their interest in buying vehicles made by new entrants. Aggressive global activity from Chinese automakers could further shift the direction of the industry. Consolidation might lead to price increases as competition wanes.