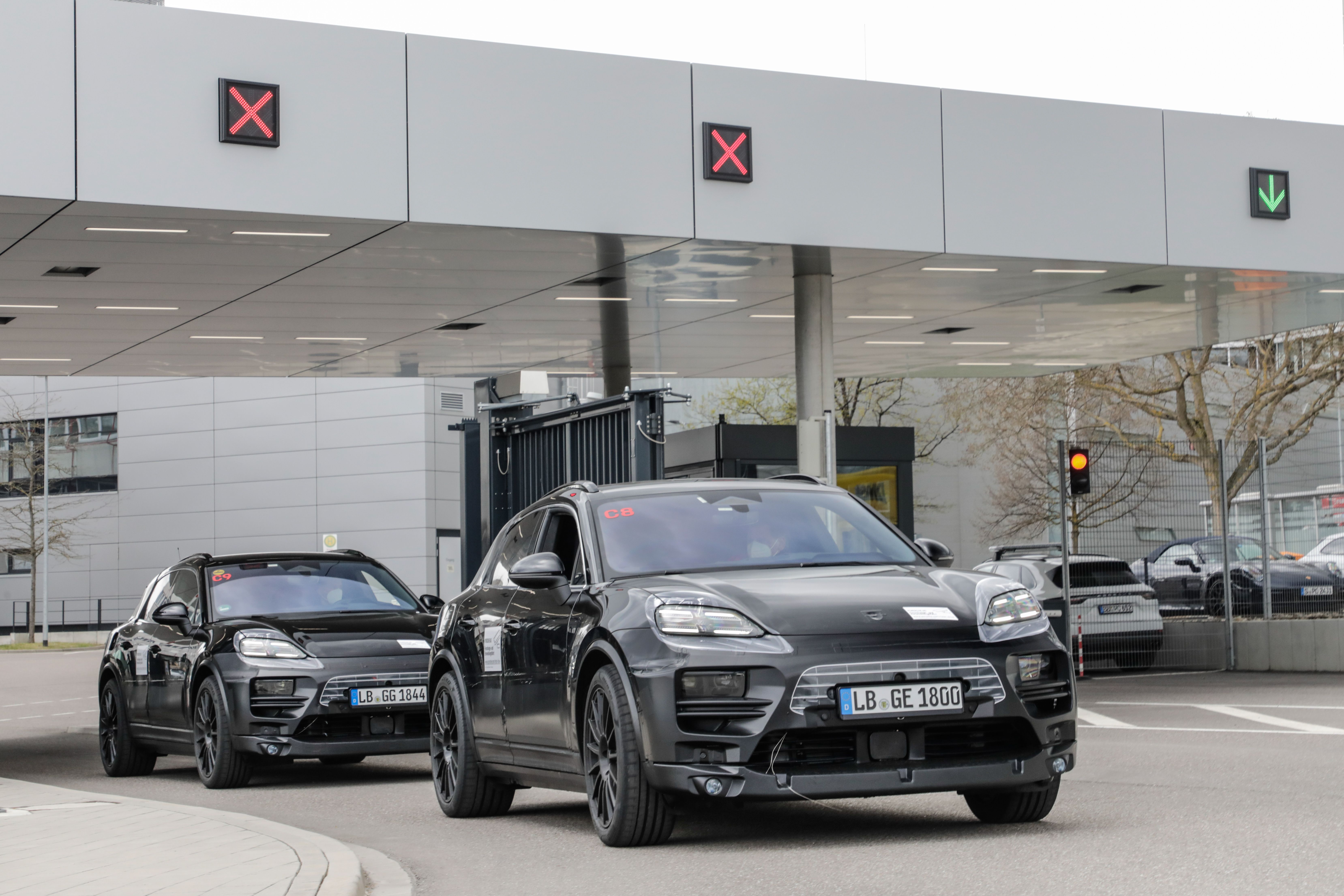 The electric Macan will be built on VW Group’s Premium Platform Electric (PPE) electric architecture that will be used on a range of future Audi and Porsche products. The new gas-powered model will use the Macan’s existing platform. The EV will borrow the Taycan’s 800-volt architecture, which allows for fast charging at a maximum of 270 kilowatts, and like the Taycan, Porsche is planning that the electric Macan will have two battery sizes available. However, Porsche says that the majority of North American customers thus far have chosen the larger battery pack, so we could have only one battery size in the States. The Macan is currently available as base, S, Turbo, and GTS models powered by turbo four-cylinder or turbo V-6 engines.
Porsche claims that the Macan EV will have “significantly” more range than the current Taycan. That means it should boast more than the 2021 Taycan 4S model’s 227 miles of EPA-estimated range, which is currently the highest in the lineup. This will be essential in order to make it competitive with other electric crossovers such as the Ford Mustang Mach-E and Tesla Model Y, which both have variants with more than 300-mile EPA range ratings. Porsche is also planning to expand its partnership with the Electrify America charging network, possibly with destination chargers at hotels and dealerships.