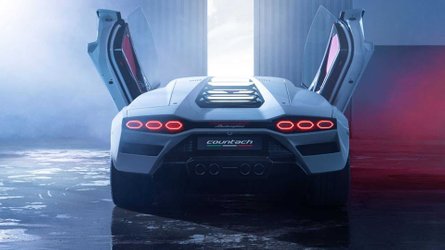 Mr. Winkelmann discussed how Lamborghini is looking to tackle the problem of electrification, giving clues as to what the company intends to do over the next decade. He reiterated the plan to have four models in the range, he announced that the first pure EV would arrive in close to the end of the decade and that it would still like to keep selling ICE vehicles (powered by synthetic produced in a carbon-neutral way). Of the four models, two will be Sports cars and two more versatile vehicles. And after 2030, they’re diversified so they’re more daily usable vehicles. We will have them full electric cars. On the super sports cars, we are planning now to be doing them as plug-in hybrids. So the new cars will be plug-in hybrids. The legislator will tell us what we are allowed to do from 2030 onwards. Winkelmann went on to say that And on the other hand, we hope that there will be an opportunity for synthetic fuel– which is then CO2 neutral– to be as big enough, or distributed enough in a high quantity, that we have a capillarity, which we can also then fuel our super sports cars. So this is an opportunity we want to live open. We don’t have to decide now, because this is not the moment where this type of fuel is present. The big news for us, though, is the pure-electric Lambo that will reportedly arrive in 2027 or 2028, according to Winklemann.