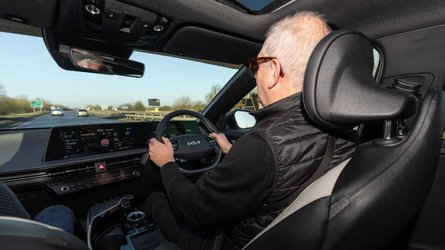 The experiment, overseen by Dr. Duncan Williams, a lecturer at the University of Salford’s School of Science, Engineering and Environment, whois also an expert in acoustics and the science of sounds, concluded that Playlists featuring ambient classical pieces and famous symphonic-form compositions from the likes of Beethoven can help drivers sustain battery power far better over other types of music genres and artists, including The Weeknd, Kanye West and Adele. Up-tempo pop, hip-hop, and even soul ballad pop were found to impact EV range due to the effect these genres have in influencing driver behaviour and driving style. For the experiment, they used two identical Kia EV6s, that were driven around an 18-mile test route while the drivers wore a device that tracks all their biometric measures. They found that while listening to Beethoven, the driver’s heart rate was 111 bpm on average, while when listening to The Weekend, that jumped to 171 bpm.