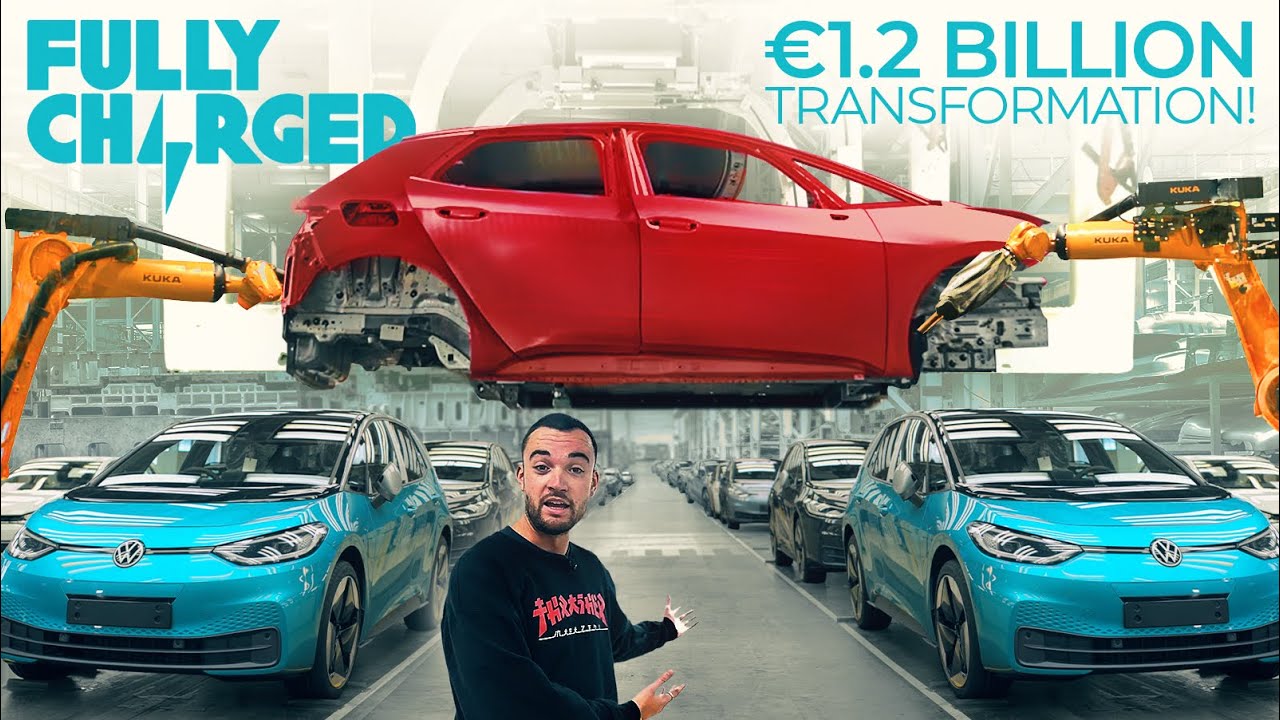 So what did I learn from my visit? How exactly does one transform a car factory from ICE to EV? Well, at the risk of being a bit reductionist, it’s rather simple actually. There are three key steps:

Spend a very large chunk of money refurbishing your factory to facilitate EV construction and, while you’re at it, modernise and economise your production methods. Some examples of this modernisation at Zwickau are obvious, such as the increased reliance on robots: the body shop is now 90% automated, up from around 60% in the ICE days. Robots don’t get tired, and they don’t make mistakes. Other changes are more subtle: the assembly hall is still largely human-operated due to the number of fiddly jobs involved, but now the entire assembly line sits on an ever-moving conveyor belt. It’s a subtle tweak that quite literally keeps the production moving at all times, eradicating time previously wasted transporting cars from one station to the next. When you’re building north of a thousand cars a day, little tweaks like this make a big difference.
Retrain your workforce. This is perhaps the most overlooked aspect of the process. Even in areas of production now almost entirely automated, such as the body shop, VW has done an admirable job of keeping redundancies to an absolute minimum by reeducating its existing staff. Instead of pressing the body panels on by hand, you now operate the robot that presses the panels. This reeducation process is no easy job – people who have been doing things a certain way for a long time don’t tend to appreciate having major change thrust upon them. That’s why VW has endeavoured not only to retrain its stuff, but to actively get them behind a cause. Through a course of seminars, escape rooms (no, seriously) and even some VR sessions, employees are educated not just on how to build electric cars, but on why this change needs to happen. The aim is to make the workers feel that they are not small, expendable cogs in a very large machine, but integral contributors to a vital cause, and agents of important change.
Do all of the above as cleanly as possible. It’s all very good building electric cars, but if you’re burning mountains of coal to power the machines that build them, it’s all a bit counter-productive. Again, Zwickau is on the right track here with carbon emissions down by more than half over the last decade and new ways of further reducing that figure constantly being discussed. The thing about mass production is that even seemingly small changes can have colossal impact. Perfect example: VW now stamps body panels on site at Zwickau, rather than doing it at the flagship Wolfsburg plant and transporting them. The amount of lorry trips this saves annually amounts to some 5,800 tonnes of CO2.